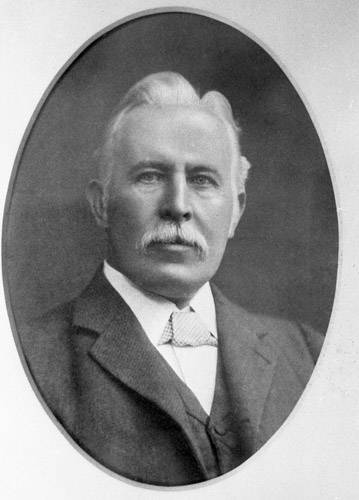 30th President of the Institution of Mechanical Engineers

Aspinall was born in Liverpool in 1851. He received his education at Beaumont College, Berkshire, and in 1869, he became apprenticed to John Ramsbottom, another Past-President of the IMechE, at the Crewe works of the London and North Western Railway. After completing his training with F W Webb, he was made the assistant manager of the steelworks at Crewe.

In 1875, he was appointed works manager of the Great Southern and Western Railway at Inchicore and became a locomotive engineer in 1883. At this time, he made important contributions to the development of the vacuum brake. In 1886, he became chief mechanical engineer of the Lancashire and Yorkshire Railway, during which time he was responsible for the establishment of the new works at Horwich. He also founded the Mechanics’ Institute there.

He took a keen interest in engineering education. He helped to establish the Chair of Engineering at the University of Liverpool, where he was Associate Professor of Railway Engineering, and in 1908, he was appointed Chairman of the Faculty of Engineering.

Sir John’s locomotive policy at the Lancashire and Yorkshire Railway was to build a large number of engines to a few simple designs, applying the principles of standardisation. In 1899, he was appointed a general manager of the company. He held this position for twenty years, during which time he introduced electric traction for some suburban services. The first of these was the Liverpool and Southport line in 1904. He also developed the steamship services of the company, both from Liverpool to Ireland and from Goole and Hull to various ports in Northern Europe.

In 1919, he resigned his position as general manager and became a director. He was also appointed a consulting mechanical engineer to the Ministry of Transport. He was often involved with the passage of Railway Bills through Parliament. He held this position when the grouping of the railways took place. According to his Memoir, published in the IMechE Proceedings in 1937, at the time of Aspinall’s eightieth birthday, three of the four chief mechanical engineers of the great railway groups had received their training from him.