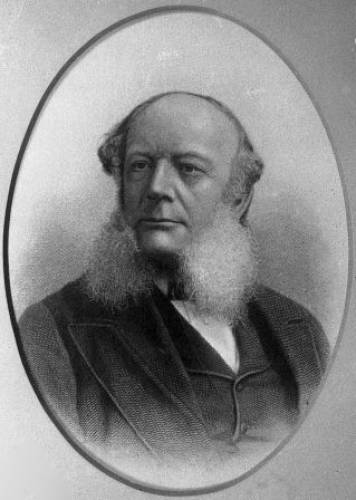 10th President of the Institution of Mechanical Engineers

Siemens was born Carl Wilhelm in Lenthe, near Hanover, Germany in 1823.

In 1843, soon after completing his university education at the University of Gottingen, he travelled to England to introduce a joint invention by himself and his elder brother Werner, in electroplating. He returned the following year with another joint invention, the chronometric governor, which was used at Greenwich Observatory for many years.

Other significant inventions were the anastatic printing process, which reproduced old or new printed material, and a double-cylinder air-pump. He also developed a regenerative system, to save heat which was generally wasted; this was first applied to a 4-horse power engine in 1847.

In 1858, he established the firm of Siemens Brothers, for the manufacture and laying of submarine cables and landlines, and for the construction of electrical instruments and machines. Around this time, he was developing the regenerative gas furnace with his younger brother, Frederick. The first practical application was made in 1861, and five years later experimental works were erected, where the process of producing steel in the open hearth of a regenerative gas furnace was developed.

He was particularly interested in the application of electricity for lighting, heating, transmitting power, and other industrial processes, particularly agriculture and horticulture. At his country house near Tunbridge Wells, electricity performed most of the farm work, sawing wood, pumping water, and also assisting the growth of plants, vegetables and fruits.