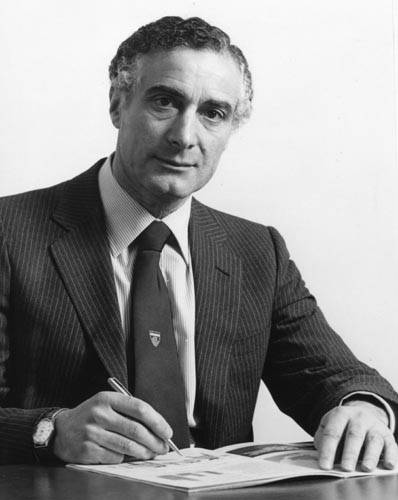 102nd President of the Institution of Mechanical Engineers

He was educated at the Royal Grammar School, High Wycombe, and took the Mechanical Sciences Tripos at Gonville and Caius College, Cambridge. As part of his studies, he attended the Administrative Staff College at Henley, and the Centre d’Etudes Industrielles at Geneva.

He left university in 1948, and served a postgraduate apprenticeship at Courtaulds Limited, followed by a period in the Chemical Engineering Section of their Research Department.

In 1952, he joined the Central Engineering Department of the Distillers Company Limited, where he was involved in all aspects of major plant construction, including Process Design, Project Engineer, Resident Engineer and Project Manger. He was appointed Engineer Manager at Hull Works in 1962, and Works General Manager in 1969. During this period, the industrial interests of the Distillers Company Limited were taken over by the British Petroleum Company Limited. Roith transferred to BP Chemicals Limited at this time.

In 1974, Roith was appointed General Manager, Engineering and Technical, and moved to BPCL’s headquarters in London. He was responsible for the policy and control of all BPCL’s Technical, Engineering, Safety and Environmental interests.

He was appointed General Manger of the Engineering Department of BP Trading Limited in 1977. Four years later, following a reorganization of the company, he was appointed Chief Executive (Engineering), Group Engineering and Technical Centre, BP International Limited.

He retired from BP after thirty years service, and in 1982 joined the Department of Industry as Chief Engineer and Scientist. He had general responsibility for advising Ministers on the technological and scientific aspects of the Department’s strategy and support for the industry. He was responsible for relationships with scientific and engineering societies and institutions, research associations and Councils, and the British Technology Group. He was also responsible for the administration of the DTI’s Research Establishments, the Patent Office and the National Weights and Measures Laboratory. He retired from the DTI in 1987.