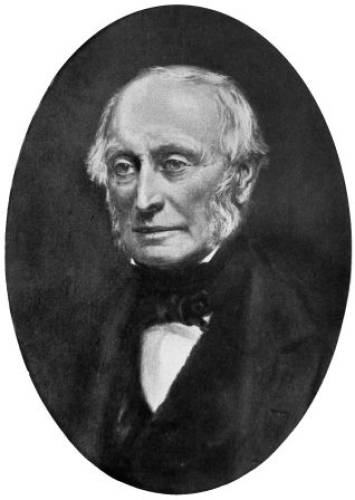 7th President of the Institution of Mechanical Engineers

Armstrong was born in Newcastle-upon-Tyne, England in 1810. He was educated at Bishop Auckland Grammar School, before being articled to a firm of solicitors, Messrs Donkin and Stable. Having completed his training, in 1834 he became a junior partner in the firm.

He became involved with engineering through experimentation with hydraulic machinery in his leisure time. At the age of 36 he decided to give up the legal profession, and established a small engineering business in partnership with Mr. Donkin; his father, Alderman Armstrong; and Messrs Potter, Cruddas, and Lambert. They purchased a small plot of land at Elswick on which to erect their works.

At first, the main concern of the business was the hydraulic machinery that had so fascinated Armstrong. Later, during the Crimean War, the company began to look at the improvement of ordnance. Armstrong was appointed Director of Rifled Ordnance in 1859, and held this position until retiring in 1863.

In the same year, he purchased a large piece of land near Rothbury, Northumberland, an area in which he had spent much time as a boy. He began to build a house for himself in 1864, which was completed by 1866, though much added to from this date on. In 1866, he created an artificial lake. The head of water produced powered a hydraulic ram, which supplied water to the house and grounds. Armstrong soon developed a further four lakes, and began to use them to supply electric power to the house, as well as hydraulic lifts and a hydraulic spit in the kitchen. They also powered what Joseph Swan believed to be the first proper installation of electric lighting. He also bought Bamburgh Castle and restored it, intending it to be used as a convalescence home. Armstrong received many honours during his life, including the Albert Medal of the Society of Arts for his inventions in hydraulic machinery, and the Bessemer gold medal of the Iron and Steel Institute for his services to the steel industry. He was Knighted in 1859 and created a Baron in 1887.